Today I want to take a few minutes to share the list of my favorite fretless bass players of all time. Note that I’m focusing strictly on guys who play a lot of their material on the fretless, which eliminates masters like Stanley Clarke who just mixes it in. I’m also focused on fretless bass guitar, not standup or other formats, which eliminates most of the pure jazz guys (jazz purists on standup might make another really solid list to share, although the standup is not a core focus of this site).

The fretless bass guitar, as you all know, is an animal of its own. For all the similarities it holds to the fretted counterpart, there are nearly as many differences. Plus, I find it eons more enjoyable to play because of that sweet smooth sound and ability to use microtones a’la middle eastern music.

Here is a short list of the fretless bassists I put at the top of my list. This is not an exhaustive list, as I had to really work hard to pare it down. Outstanding guys like Pino Palladino, Matt Bissonnette, and Mick Karn were unfortunate casualties of the paring process. Maybe I’ll do a list of guys I like “almost as much”. We’ll see.

Without further ado, here is my list of best fretless bass guitarists of all time (in alphabetical order). In other words, my favorites.

I first heard Jeff Ament’s playing on the album Ten by Pearl Jam, and I became an immediate fan. He didn’t do anything too flashy, but his tone and approach really made the whole album stand out for me. Later I heard more of his other music, such as Mother Love Bone, Temple of the Dog, Green River, and Tribe After Tribe. This guy is talented, driven, and versatile.

You likely already know I’m a fan of Steve Bailey based on the instructional video series (this links to the first one) I shared in late 2011. But my interest in his playing goes back over a decade. Heck, I still have my original copy of the instructional publication he did with Victor Wooten in the late 90s. He overplays a bit more than I typically enjoy, but it would be tough not to appreciate the ability he offers. And I still can’t match his technique for playing high notes up around the cutaway using the side of his thumb to fret notes. My thumb no like-y. 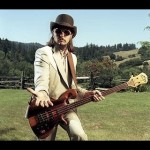 If I had chosen to put this in order of preference, Les Claypool would have been top 5 without question. Heck, he may have taken the top spot. There was a time where I would rush to the CD/record store (remember those?) the day each new Primus album dropped, just so I could be the first guy in town to figure out how to play the best songs on the compilation. I took the time to learn every single track on Frizzle Fry

, and we even covered a couple of them in Pipe Dream, my funk/metal act from the early/mid 90s. This guy has been a HUGE influence on my playing due to his eccentric, campy, virtuoso stylings. Les rules.

As the guy who really brought the fretless bass sound to rock music, Tony Franklin is quite simply an icon in his own right. I particularly enjoyed the work he did with The Firm (which also included heavy weights Paul Rodgers on vocals and Jimmy Page, who you all know), Blue Murder (with John Sykes, guitarist from Thin Lizzy and later Whitesnake), and Jimmy Page (solo album). Listen to him play, check out his discography, and you’ll see why I hold him in such high regard.

I approached Steve Lawson for the interview you saw on here because he is an outstanding bass player, musician, and composer. He’s a music generating machine, rolling out new videos and tracks on an ongoing basis. And one thing I really like is that he can take a fretless bass with no accompaniment, and turn it into ambient loveliness. Listen for the bass playing AND the quality music and you won’t be disappointed. By the way, he just released a new live, all-improv album and is offering it up for donations of your choice, so go get it!

As an easy member of my top three of all time, Michael Manring has been an influence on my since I first stumbled on his music around 1990. How could you NOT love a guy who can play three axes simultaneously, mix and match complex technique, and do it all on fretless basses, not all of which are in standard tuning? Listen to his solo performance pieces first if you haven’t heard him yet, because that is the most special of all his work. Also check out the interview we had with him early in 2011.

Marcus Miller is an outstanding bass player on fretless or fretted, but his fretless work was especially interesting when he chose to focus on it. He’s another jazz fusion guy from 15 years ago, but one that threw in some nice funk flavors. He clearly spent time listening to guys like the aforementioned Stanley Clarke and Larry Graham, and you can hear it in his playing.

What else do I need to say about Jaco? He influenced a generation of bassists back in the 60s and 70s, and he is still influencing all of us today, 25 years after he was prematurely taken from us. Check him out solo or with the Weather Report and watch the rapidfire notes fly by!

I first found John Patitucci when he was holding down the grooves for the one and only Chick Corea. Corea has a tendency to go for flash (i.e. technique and complexity) even if that elevates the cheese factor, but damn those guys could / can play. Patitucci really caught my attention with his solo work, which is what I’d really advise you to listen to if you are not a fan of 80s/90s jazz fusion or general wanking on the instruments.

I won’t go on and on about Sting. He isn’t the most flashy or over the top player, but solid, melodic, and a great composer. When you factor in that he sings while playing his materials, and the fact that they can be sneaky technical without being showy, he has earned my respect. 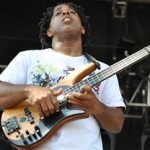 Victor Wooten is a lock for my top 5 bassists of all time, so he would logically fall into my top 5 fretless bassists. I was a fan of his from the first day I heard him play with Bela Fleck & the Flecktones. Bela’s style is not really my cup of tea, to say the least (I can’t stand the sound of the banjo in 99% of the cases), but Victor is a beast. Then I was fortunate enough to see him play live in Austin, TX at a very small club in the mid-90s. We were just next to the stage and could see everything he did. If you ever get a chance to do the same, trust me and do it!

So there you have it, my top fretless bass guitarists of all time. Who would you add to the list and why? Did I overlook someone important? Disagree with any? Start conversing now! 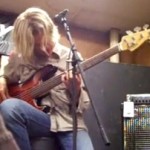 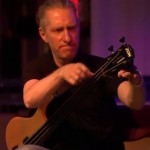